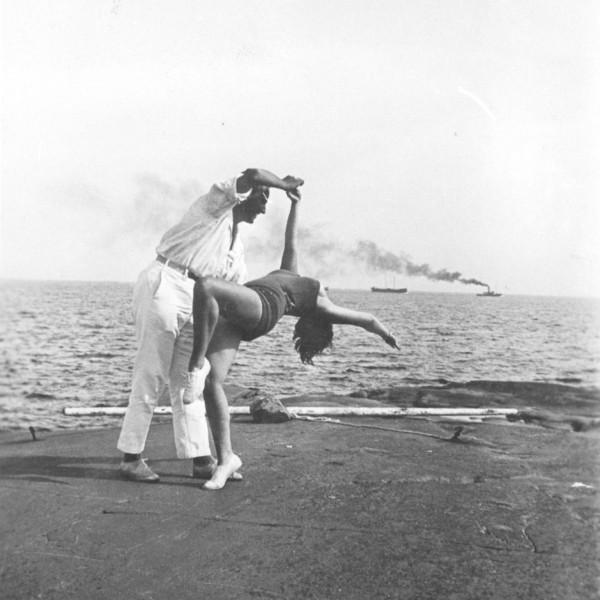 Hanko is situated in a strategically important location, which has largely affected the history of the town and the surroundings, where many battles have taken place. The trails of war can be traced back hundreds of years and a lot them are still tangible today. 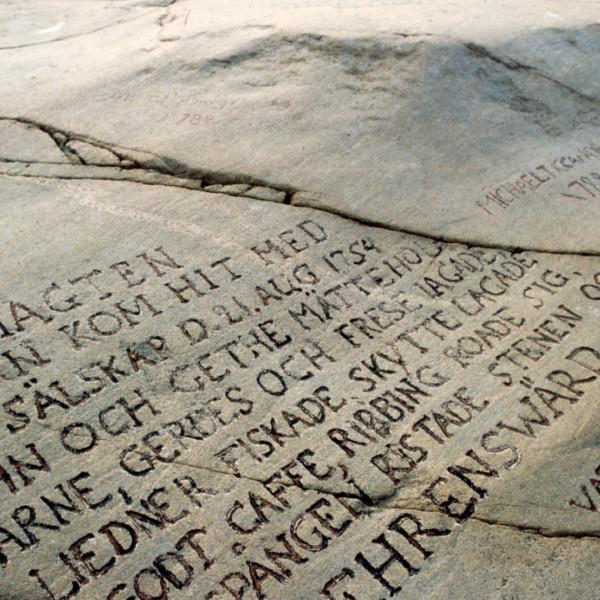 The establishing of the city

Hanko’s history is intertwined with the history of seafaring, and Hankoniemi as a berth was mentioned for the first time in the late thirteenth century. From the fifteenth century on, the Pike’s Gut (Hauensuoli), a narrow strait between two islands, was used as a harbour due to its sheltered position. The island´s rocks are covered with people’s names and coats of arms, carved by seafarers while they waited for favourable winds.

The port of Hanko became operational after the railway was completed in 1873, and Hanko was granted town charter in 1874.

An excerpt from the ‘gracious charter of foundation’ from 1874:
‘We, Alexander I, Emperor by the grace of God and absolute ruler of all of Russia, Tzar of Poland, Grand Duke of Finland, etc. etc., hereby make known that We, the Finance Department of the Finnish Senate, with the confirmation of the Governor-General of the country, have seen it good to graciously announce that a coastal town with the rights to practice foreign trade, to be called Hanko, is to be founded on the so-called Hankoniemi land…’
(Source: Hanko-vuosiluvut kertovat (Hanko year by year) by Birgitta Ekström)

The archives of YLE, the Finnish Broadcasting Company: “Hanko summer 1934″ 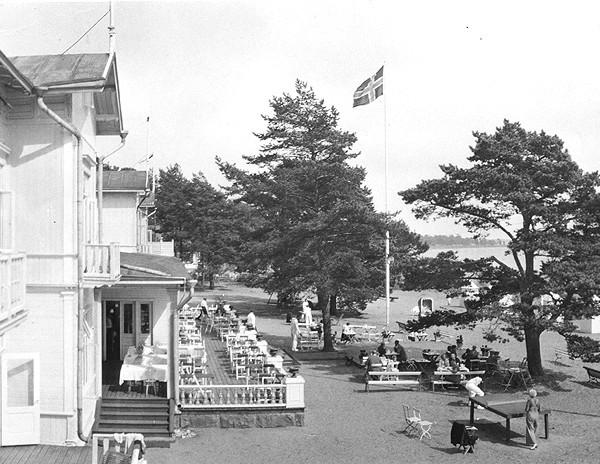 The villa area in the Spa Park was built in the late nineteenth- and early twentieth century, and Hanko’s life as a spa town began. The villas, representative of ornate timbered architecture, were designed by well-known architects. After the Continuation War (1941-44) the actual spa building (that had been badly damaged during the war), was torn down. 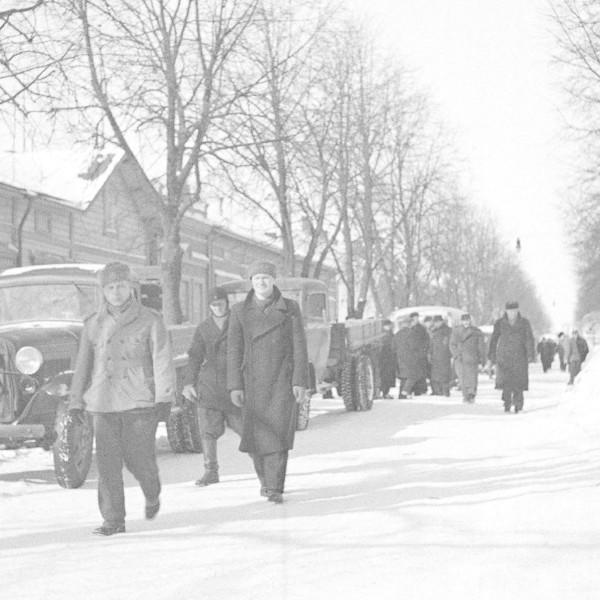 The Hankoniemi cape is strategically situated, and has in the past been the stage for many battles. Starting from the early seventeenth century, customs duties were collected at the tip of the cape, where a small military fortification was built. Sweden started building actual fortresses on the cape in the late eighteenth century, and three islands near Hanko were fortified. In the early years of the nighteenth century the fortifiers were Russians, and the defences in Hankoniemi were part of Peter the Great’s sea fortress. After the Winter War (1939-40) Finland surrendered Hankoniemi to the Soviet Union for use as a military base. When the Continuation War started, the front line was in Lappohja, but bloody battles took place on the islands surrounding the cape as well. In early December 1941, Hanko was recaptured and the evacuated residents returned to rebuild their war-battered town.

Industry, the port, and tourism became the supporting pillars of the town, and continue to be so.

Learn about war history in the Hanko Front Museum. The Museum is authentically situated at the actual front line of the war (summer of 1941). In the terrain around the museum you can still see traces of the war, which are presented along the so called “War Path”. The new permanent exhibition focuses on the events in Hanko during the war of 1939-1941. 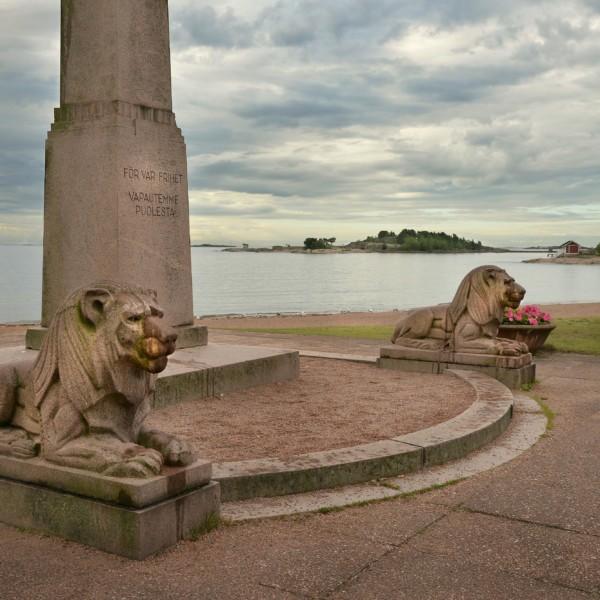 • The monument of pioneers: there are 22 names on the monument of pioneers. These soldiers were killed in action and 13 of them died in an explosion on June 30th 1942. The monument was erected by their companions-in-arm in 1942. The monument is located about 14 km from the town centre, at the crossing of the roads Santalan Kartanontie, Krogarsintie and the main road 25 to Tammisaari, Hankoniementie.
• Anti-aircraft battery, Kansanpuisto
• Light coastal battery, Varisniemi and Puistovuoret
• Artillery railyard, 305 mm artillery foundations in Tvärminne
• The Soviet monument: 453 Soviet soldiers are buried close to the monument, 267 of them unidentiefied. They were killed in action during the Continuation War. The monument is located along the road Täktomintie about 1,5 km from the beginning of the road.

The Monument of Liberty

The monument of liberty in Hanko was erected in 1921 in remembrance of the landing of German forces in Hanko in 1918. When the citizens of Hanko came back after the area´s Soviet control in 1940-41, the monument had been removed. Damaged parts were repaired and the monument was rebuilt in 1943, but it was taken down again in 1946. The monument of Liberty was re-erected in 1960 with a new text: “for our liberty”. The monument is situated by the sea at the end of the street Bulevardi. The monument was designed by Ilmari Wirkkala and Leonard Savola (Granit) and constructed by sculptor Bertel Nilsson.

Learn more about the war History of Hanko here. 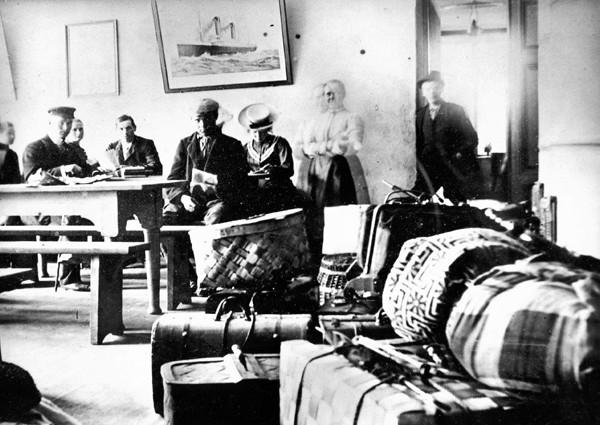 Between 1880-1930 almost 400,000 Finns left the country in order to seek their fortune, about 250,000 of them leaving via Hanko to the United States, Canada or Australia. Their journey began on steamships which also carried butter – the most important export at the time, to England. The cape is still guarded by the ‘Eye of Hanko’, the Russarö lighthouse, whose twinkle was the passengers’ last sight of their native country.

An extract from Zacharias Topelius’s poem ‘Hangon silmä’ (The Eye of Hanko):

“I’m not a star in the sky,
just a fiery tower of the night,
a lighthouse on the coast of the Hankoniemi cape;
I guide the seamen, as the day wanes away,
and peril awaits on the hidden rocks.
Dark and light I alternate,
and sailors behold me with joy, thinking:
‘It must be the Eye of Hanko’.” 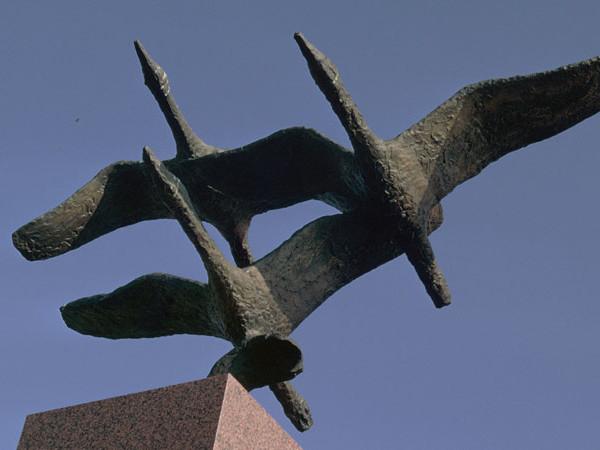 The monument is located on Merikatu, on the rocks outside Hotel Regatta. The plans for the memorial were made by sculptor Mauno Oittinen. The association Suomiseura had the monument erected together with 93 Finnish counties, all of whom lost more than 10% of their population to emigration. The names of these municipalities are engraved in the foundation of the monument. There are three cranes flying out to the sea on top of the monument. A similar monument has been erected in Lake Worth, Florida, to memorate the Finnish emigrants. The monument features two soaring birds.

When Hanko became the main port for butter export, the merchants put forward a motion to build a modern butter-sorting centre in the Western Harbour. The warehouse was built during 1907–1909. The building was designed by the architect and professor, Gustaf Nyström. The brick walls of this single-storey building are clad with local red granite. The load-bearing structures were made using iron and concrete constructions. The butter warehouse was the first building in Finland to be erected using prefabricated concrete units. In 2000, the building was converted into a passenger terminal for Superfast Ferries. Today, the harbour office as well as a cosy lunch restaurant are located in the old building, which has retained its original charm. The building is listed as one of the many historical attractions of the town.

Other sights connected to the emigration time

• Emigrants´hotel and office, Bulevardi 15
• Russian emigrants´ hotel, Nycanderinkatu 10
• Dancing “platform” on the rocks of Puistovuoret
• A plaque in memory of the Emigration to America, Bulevardi 15
More information about migration:
www.migrationinstitute.fi 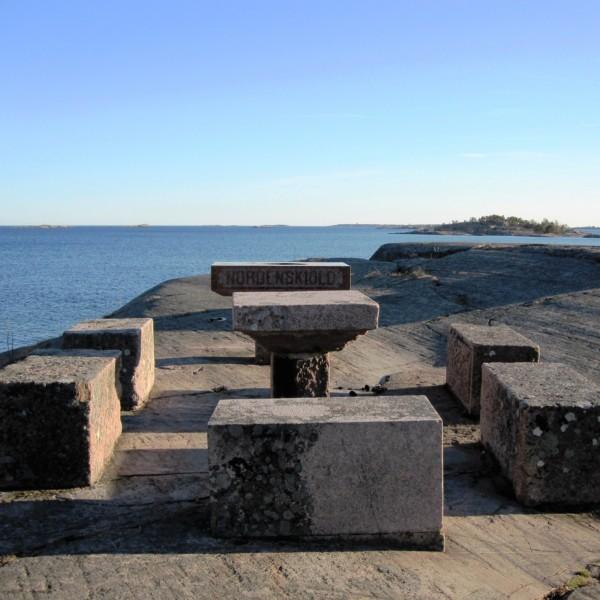 Adolf Erik Nordenskiöld traveled trough Hanko in 1880 on his way to St. Petersburg to tell about his discovery of the northeast passage at the imperial court.

The sights in Hanko

Take a closer look at Hanko and the sea life with the help of a knowledgeable guide. We will walk in the town center, become acquainted with the... 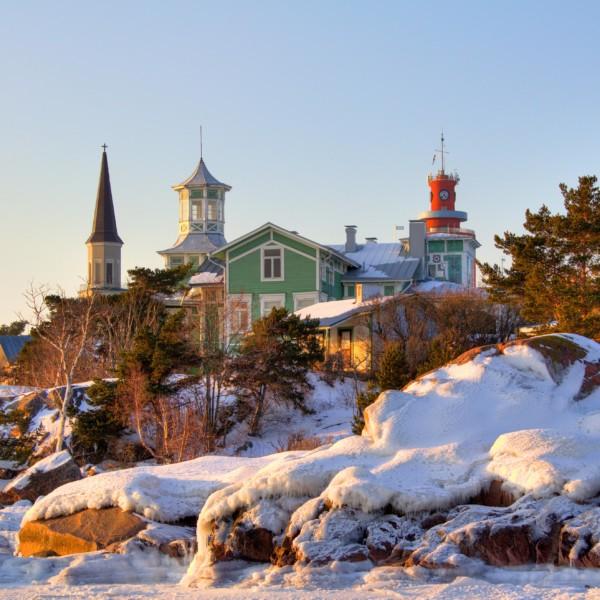 The tales of the Spa Park Villas

The Spa Park is a marvellous and unique chapter in the history of Hanko. The Hanko Spa was founded in 1879 and the villa quarters were developed...

The Winter War ended with the Moscow peace treaty 3.13.1940 and Hanko was rented to the Soviet Union as a naval base for 30 years. The rental period,...