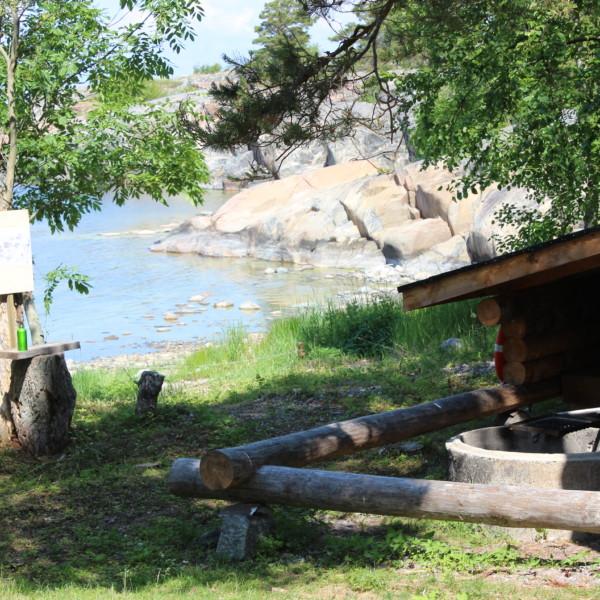 Would you like to find an island to spend the night on right on the outskirts of the archipelago? You will live one with nature, get up with the sunrise and enjoy the sea, the wildlife and the peace on Gunnarsörarna, which are situated seven kilometres north-west of Tulliniemi. Gunnarsörarna are part of the few islands in the archipelago closest around Hanko that have been inhabited. Until the Soviet occupation of Hanko (1940-1941) there were three small farms on Gunnarsörarna. Nobody has lived there now since 1941. During the Russian occupation an anti-aircraft battery with four canons was built on the highest hill of the island and the dugouts in the area are very well preserved to our day.
Gunnarsörarna have very diverse surroundings with lush, green groves and pinewood on the rocks. You can still find traces of old archipelago living, old garden land with currant bushes and ash.
Gunnarsörarna offer you an excellent opportunity to practice outdoor life. A stable lean-to, a dry toilet as well as facilities for making a fire can be found on the island.