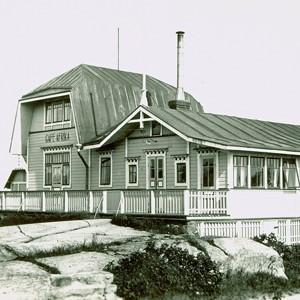 During this guided tour we will hear about the military leader and statesman Gustav Mannerheim and his presence in Hanko. In July 1919 Gustaf Mannerheim lost the first Finnish president election to KJ Ståhlberg and almost the whole of the 1920s Mannerheim spent a civilian life. He got himself the ownership of the island Suuri Mäntysaari, where he had his summer cottage, Villa Stormhälla. He also owned the café on the neighbouring island, formerly known as “Café Africa”, which he renamed “The House of the Four Winds”.