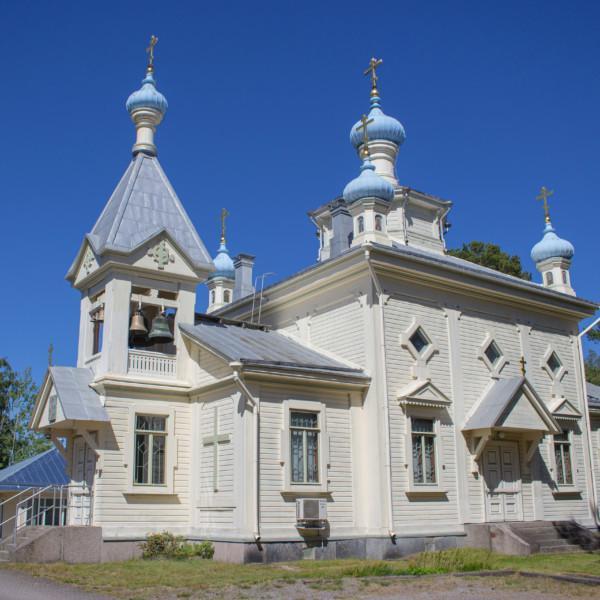 Because of the many Russian spa guests the Orthodox Church built in Hanko in 1895. The Church was designed by architect Barankejev. Spa guests also donated most of the icons and the inventory of the church. During the Soviet military base period 1940-1941 the church was a club room, but it was spared from major damage. In 1960 Ina and Tito Colliander and minister Repo and his wife arrived in Hanko to renovate the church. At the time Ina Colliander made the glass mosaics in the bases of the domes. A visit to the church can be included in a sightseeing tour.