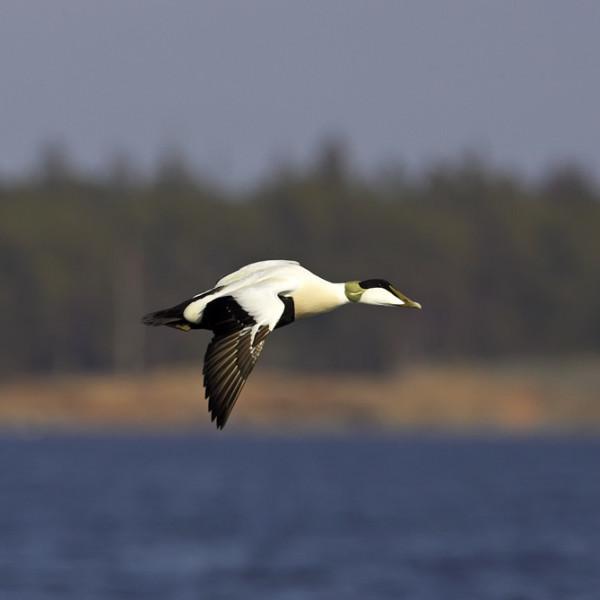 In the early spring, March and April, one can see lots of migratory birds, when the rest of Finland is still in hibernation. The best spots are the shores close to town, harbours and the fields in Täktom village. In April-May wildfowl and waders arrive. Under favourable conditions many different species roost in the shallow bays.

July turning into August witnesses the waders migrating towards their wintering areas. If it is rainy and cloudy, waders interrupt their migration, and can be seen in greater numbers than normal along the shallow shores.

August, September and October are the “high seasons” in the Hanko birding year. Huge flocks follow the shorelines of the peninsula flying south-west towards the point of Hanko. Every species has its own migration schedule and it is a spectacular show for birdwatchers to enjoy throughout autumn.

The migration of swans happens when October turns to November. When the inland lakes freeze, swans make their way to the coast. The shallow bays in Hanko are famous for their roosting Whooper Swans. “Svanvik”, swan bay, is one of the most popular sites for swans, since the mild autumns there allow for them to stay well into the new year.

The best conditions for birding are variable: shifting weather is often better than sunny, windless days.