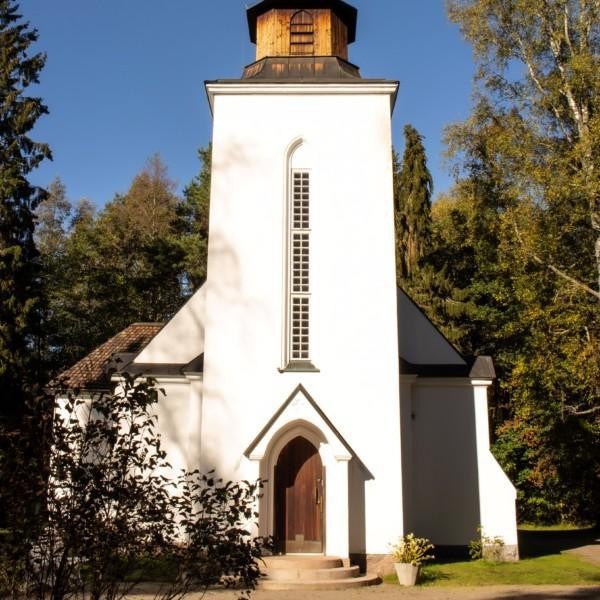 The chapel was built by Carl V. Gylphe in 1920 as a memorial for his daughter Lucie Vera, who died at the age of two. The chapel was planned by Professor Armas Lindegren and Architect Bertil Liljeqvist. The architecture is influenced both by Gothic and Baroque styles. The chapel was dedicated to the use of the Hanko Evangelical Lutheran Church by Bishop Max von Bonsdorff in 1936. In summertime it is often used for weddings.